Polycyclic aromatic hydrocarbons (PAHs) are ubiquitous in the environment, occurring both naturally and as a result of human activities. They contain several carbon and hydrogen rings (benzene rings) that are linked together. There are two major types of PAHs:

Some PAHs are also used to make dyes, plastics, and pesticides.

PAH ‘fingerprinting’ can be used to distinguish different sources of PAHs by comparing the PAH composition of environmental samples to the profiles of known source mixtures. 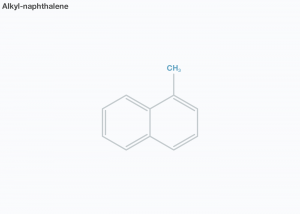 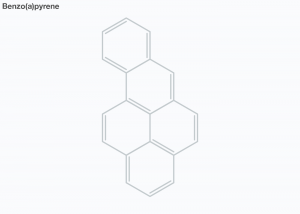 Both natural and anthropogenic sources contribute to the thousands of different PAH compounds found in the environment. In the marine environment, natural PAH sources include crude oil seeps and coal and shale deposits, while anthropogenic sources include oil spills and chronic oil discharges from vessels.  Terrestrial sources, including forest fires and agricultural burning, industrial activities, and vehicle use, can also introduce PAHs to the oceans via atmospheric circulation, urban run-off, and discharge from wastewater treatment facilities.1

On a global scale, major contributors to environmental PAH levels include the burning of biofuels (including coal), biomass burning (agricultural waste, deforestation, and wildfires), and vehicle emissions.2,3

PAHs derived from human activities are considered persistent organic pollutants (POPs) 4 and can accumulate in food webs. Depending on their size, individual PAHs vary significantly in toxicity and the way they behave in the environment.

The smallest PAH compounds (less than three benzene rings) can break down quickly in the environment via volatilization, dissolution, and microbial degradation. However, their relatively small size also makes them more soluble in water, where they can reach concentrations that make them acutely toxic to fish and other aquatic organisms.5

Mid-sized PAHs (with three to five benzene rings) are less water soluble and can stick to solid particles and accumulate in the tissues of aquatic organisms. In fish, these compounds can cause cardiac dysfunction, deformities, reduced growth, and increased mortality.6 They can also affect the reproductive and immune systems 7,8,9, and some are known to cause cancer. 10 Larger PAHs (five or more benzene rings) do not break down quickly and are most commonly found in sediment, where they can persist for years. Some large PAHs are known to cause cancer and affect DNA.11

FACT: In the hours and days following an oil spill, smaller, lighter PAHs are lost to evaporation and dissolution, while larger, heavier PAHs can sink and remain in the environment for months to years.

While many organisms can break down parent PAHs, alkylated PAHs may be more difficult to break down and therefore may accumulate in food webs.12 In many cases, alkylated PAHs have also been shown to be more toxic than parent (non-alkylated) PAHs.10,13,14

The United States Environmental Protection Agency has identified 16 priority parent PAHs that are thought to cause cancer as well as effects on the immune, reproductive, nervous and endocrine systems. The most toxic parent PAH is benzo(a)pyrene (five benzene rings).

As individual and organizations we can:

8 Reynaud S, Deschaux P. 2006. The effects of polycyclic aromatic hydrocarbons on the immune system of fish: A review. Aquatic Toxicology 77: 229-238.